We are thrilled to announce that our crowd favourite Adam Blank is going to host all six nights. Adam is not only one of the funniest Comedians in Canada, he also has a huge heart and has become a great friend to YOUCAN Youth Services. 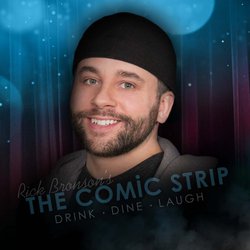 Stand-up comedy came pretty naturally to Adam Blank. “People have been laughing at me since I was a kid, whether I liked it or not. I figured I might as well get in on the joke.” A life-long comedy fan, Adam decided to "hit reset" at the age of 32, walking away from his day job as a forklift operator to become a stand-up comedian. Today, he's considered one of the funniest comics in Western Canada. He has performed in comedy clubs all across Canada and he's been named “Edmonton's Funniest Person,” In 2020 Adam was invited to be part of a Just for Laughs Originals’ comedy album recording.

Here are the Comedians for March 13-15, 2023. All Comedians will be performing their “Corporate Clean” routines, suitable for all ages. 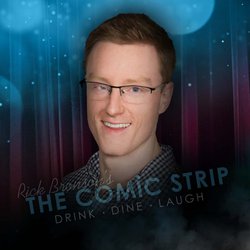 Brent Ayton started his comedy career in Edmonton and, within his first two years, won Edmonton’s Funniest Person competition and the Edmonton Comedy Festival’s Young Guns competition. Since then, Brent has been touring across the country, lofting his unique point of view and observations at audiences hoping to hear laughing and clapping in response. He has also been featured at the Hubcap Comedy Festival in Moncton. Brent’s material varies from clean and relatable to inoffensive observations on edgier topics and is well suited for a wide range of audiences. 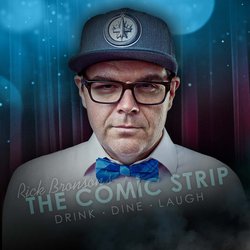 Ian Bagg is a world touring comedian and the host of the weekly podcast, “Ian Bagg Bought a House”.  His quick wit, off-the-cuff antics, playful conversation, and fast paced crowd work has earned him spots on some of the best stages in the world.

Early on in his life he discovered a love for hockey. At one point he tried hockey camps and knew that he had no chance to make it. One of the most valuable things that he learned from chirping players on the bench, bus or the locker room was that he was funny. That is where his extraordinary talent for humor began his comedy adventure.

Flying over 100,000 air miles per year, life has been amazing for this energetic and wildly funny boundary pushing entertainer. These qualities earned Bagg a top-5 finish on NBC’s “Last Comic Standing”, where he performed a national tour. Aside from touring, he’s been on “Late Night with Conan O’Brien”, “The Tonight Show”, Adam Corolla Show, WTF with Marc Maron, and The Wrap Up Show on Howard Stern.