We are thrilled to announce that our crowd favourite Adam Blank is going to host all six nights. Adam is not only one of the funniest Comedians in Canada, he also has a huge heart and has become a great friend to YOUCAN Youth Services.

Stand-up comedy came pretty naturally to Adam Blank. “People have been laughing at me since I was a kid, whether I liked it or not. I figured I might as well get in on the joke.” A life-long comedy fan, Adam decided to "hit reset" at the age of 32, walking away from his day job as a forklift operator to become a stand-up comedian. Today, he's considered one of the funniest comics in Western Canada. He has performed in comedy clubs all across Canada and he's been named “Edmonton's Funniest Person,” In 2020 Adam was invited to be part of a Just for Laughs Originals’ comedy album recording.

Here are the Comedians for March 21-23, 2022. All Comedians will be performing their “Corporate Clean” routines, suitable for all ages. 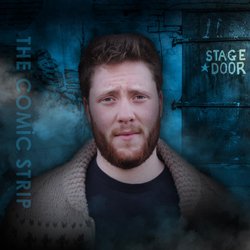 Will Hannigan has been touring all over Canada since he started performing stand-up comedy at 18. He has a commanding, conversational presence on stage. He talks about family, working, practicing alcoholism, and recovering from all that practice. He has had appearances at the Just For Laughs NorthWest Festival and Grindstone Comedy Festival. You can find him on Twitter and Instagram @willyhannigan. 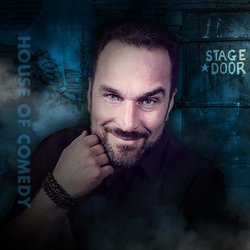 Undeniably one of Canada’s hottest Comedians, he has been touring clubs and theatres across North America intensely for the past few years. Whether he’s ragging on politics or describing life with his children, he brings us into his perspective without preaching any selfish point of view. His undeniable charm makes him fun to watch, listen to, and is in large part why he is one of Canada’s most “in demand” Comedians.